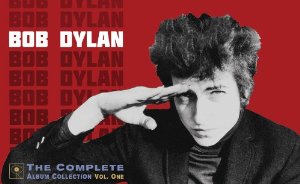 What to make of a box set compiling the half-century career of the most towering figure in American popular music? After all, Bob Dylan’s stature ensures that the target market already owns a goodly number (and in many cases, all) of the 41 live and studio albums contained here – and probably many in glorious 12″ analog.

Even without considering this murderer’s row (which doesn’t begin to account for the keyboardists and drummers), the package is beautiful and the music is stunning, especially amassed in such a fashion. But at $200-plus ($365 for a USB drive containing MP3 and lossless files), and with just 14 of the discs remastered and no previously unreleased bonus material included, Vol. One ultimately has to be a personal decision, especially with more Bootleg Series releases presumably coming down the pike.

The Monkees – More of the Monkees