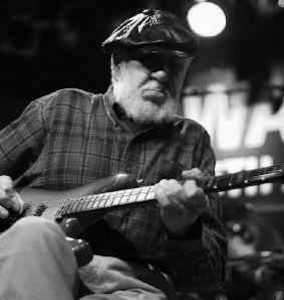 Renowned pickup maker/guitarist/performer Bill Lawrence passed away November 2. He was 82. Born Willi Lorenz Stich in Germany, he began to play guitar as a teen inspired by the records of Oscar Moore, Barney Kessel, and Les Paul. He earned a reputation locally for his guitar playing, and in 1948 wound a pickup that would help him be heard above the horns and drums played by post-war jazz bands. Using the stage name Billy Lorento, his reputation grew as he performed on American military bases throughout Europe, where he shared stages wtih Roy Acuff, Hank Williams, Sam Cooke, Dinah Washington, and other noted stars of the era. By the early ’60s, his stage name had morphed to Bill Lawrence and he became a Fender endorser.

In the mid ’60s, Lawrence co-founded Lawrence Electro Sounds, which marketed his Tru-Sound Pickups to German guitar makers. Within a few years after, he moved to New York City, where an electric piano he designed and built became popular. He also began designing pickups for MicroFrets and working with guitar builder Dan Armstrong. Lawrence’s work on pickups at the time was centered on aftermarket replacements for established brands and types. Among those under his tutelage at the time were Armstrong’s son, Kent, and a Larry DiMarzio, both of whom would go on to become noted pickup makers.

In the ’70s, Lawrence was hired as a consultant to Gibson, where he designed pickups and lent his input to various models including the L-6S, renowned for its six-position pickup selector. By mid decade he had moved to Nashville, where he designed the FT-145 soundhole pickup for acoustic guitars, as well as the single-blade L-220 pickup for Fender guitars, the L-90 twin-blade humbucker, and other innovations. In the ’90s, as a consultant for Fender, he designed the L-280 Noisefree pickup for Stratocasters and Telecasters,

In the ’90s he developed the L-280 noisefree replacement pickups for Strats and Teles, and most recently helped Fender develop its Samarium Cobalt Noiseless (SCN) pickups for the American Deluxe series. He also independently built pickups under the brand names of WildeUSA and Keystone, with the assistance of his wife, Becky.

What Hearts Release Debut Full-Length “Do It In The Day” &...