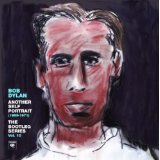 Recharging their batteries, staving off writer’s block, getting back to their roots – countless musicians have an album of covers in their catalogs. Hardly controversial, unless it’s Bob Dylan. When he released 1970’s Self Portrait, fans and especially critics concentrated more on why he made the move, instead of how well he pulled it off.

With hindsight, these 35 outtakes and alternate versions from the Portrait and (three months later) New Morning sessions are more cohesive than the former, more illuminating than the latter. On many, David Bromberg (acoustic guitar) and Al Kooper (piano) are Dylan’s only accompanists, providing texture, structure, ornamentation, and, in Bromberg’s case, some expertly ﬂatpicked bluegrass. In larger ensembles, electric lead is handled by Ron Cornelius, Robbie Robertson, and George Harrison. Throughout, Dylan earns his traditional music cred.

Sony’s only misstep was tapping Greil Marcus to write the notes. His masturbatory, conjecture-over-substance exercise shows just how ignorant a “Dylanologist” can be (for example, in his two-page dissection of “Little Sadie,” he seems utterly unaware of the “murder ballad” subgenre of folk music). As if to inject some sense, a second set of notes is included (by Michael Simmons), but unfortunately nary a quote from Bromberg or Kooper, the two people most qualiﬁed to shed light on this chapter, is to be found.

Various Artists – All My Loving