Home Music Rick Berlin and the Nickel and Dime Band 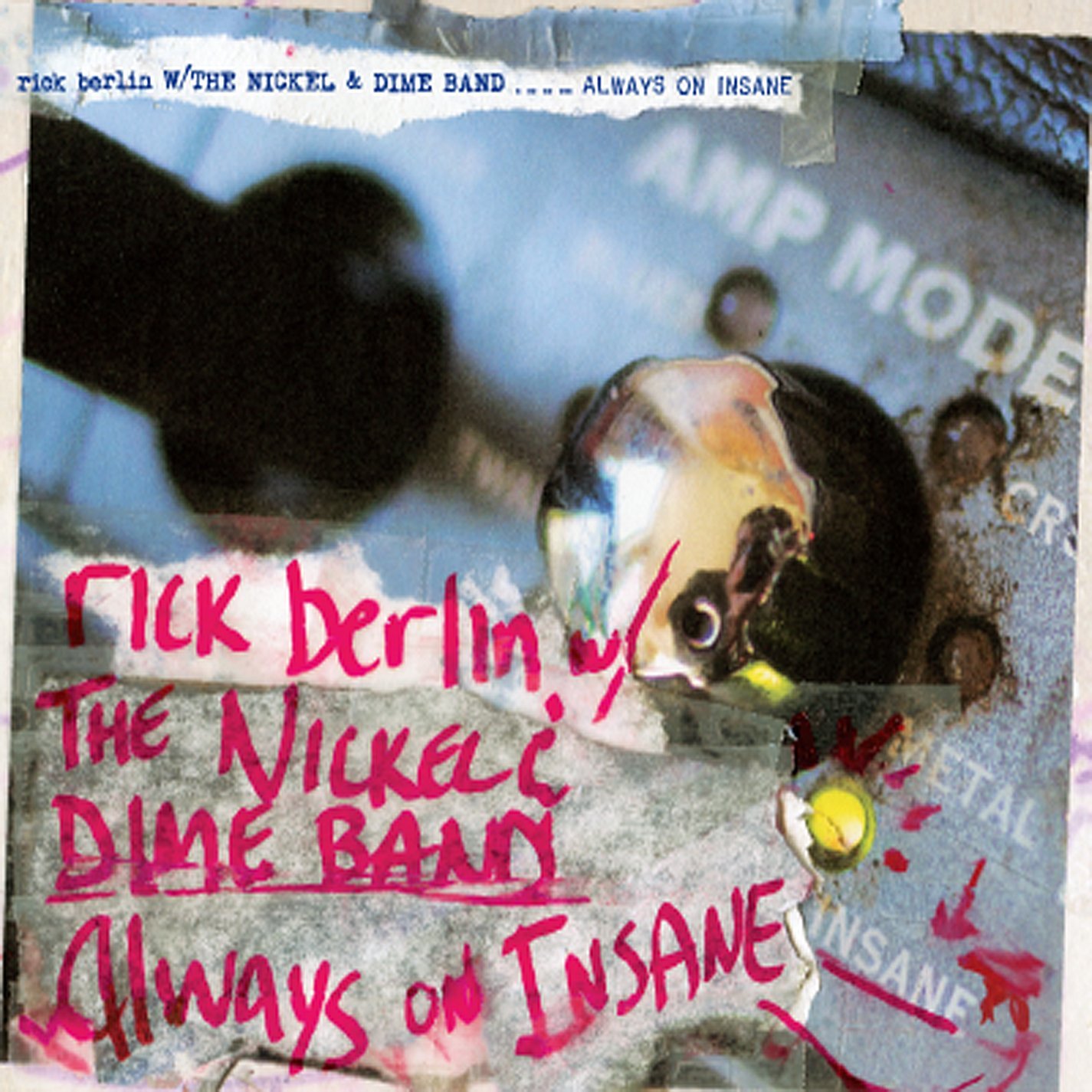 It’s not glam rock, although “(I’m A) Slut” sparkles with a certain Bowie/ Roxy Music sexual ambiguity. It’s not Captain Beefheart’s industrial-strength experimental rock, though “Karaoke,” with a West Coast cool sax solo from Don Govoni furthers the Beefheart connection. Whatever elements make up Berlin’s musical amalgam, he often sounds like he’s working off pure inspiration, completely in the moment.

Songs like “No One Can Be Everything,” with Ricky Mclean’s hypnotically repetitive guitar lick underpinning, are much more thought out and considered than they may ﬁrst seem. Mclean is a virtual yin to Berlin’s yang. Or is it vice versa? Either way, Mclean is a man with a plan – and one that bears impressive results.

In “(I’m A) Slut,” he lays out a pre-punk solo worthy of a Roky Erickson tune. For “Hilary (Galway Girl),” Mclean gives out another deceptively simple-sounding single note solo that adds to the ’60s Brit-pop tone that lies just below the surface throughout the album.
The way Govoni’s sax tag teams with Mclean, Rob Manochio, and Jesse Adams-Lukowsy’s guitars in “I Love You In The Rain” highlights the kinship with Roxy Music and others of glam rock’s best.

Berlin made a name for himself on the New York punk scene fronting the band Orchestra Luna whose theatrical approach made them a band to see as much as to hear. That type of drama is still a part of Berlin’s process. But while Orchestra Luna made good performances, the songs here are signiﬁcantly and consistently stronger. Whatever Berlin had to go through to get here was well worth the trouble.