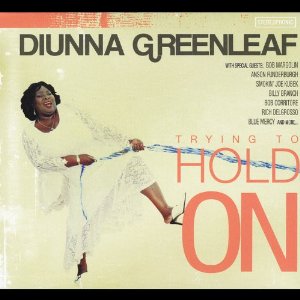 Texas blues singer Greenleaf has gathered a host of noteworthy guest guitarists to help highlight her considerable virtues and versatility as a writer and singer. Three of the tunes here – “The Beautiful Hat,” “You Don’t Feel That Way,” and “’Cause I’m A Soldier” – show she’s got an artful hand at producing too.

Like Greenleaf, Anson Funderburgh and the rest of the albums’ several producers also go for restrained but dynamically rich arrangements and accompaniment. Greenleaf wrote 10 of the record’s 14 tunes, and each shows a different side of her musical makeup. The aforementioned “Hat” blends country blues and gospel with the high-stepping rhythms of the pre-Dixieland music that was a seminal element of jazz.

“Taking Chances” is Chicago-style blues with Smokin’ Joe Kubek tossing dashes of Otis Rush and Luther Allison into an emotionally charged guitar solo. “Trying To Hold On” is a “Moondance”-flavored piece of nightclub blues with Bob Margolin and Greenleaf’s regular guitarist, Chris James. “Soldier” recalls the socially conscious soul music of the 1960s with John Del Toro Richardson calling up the spirit of Curtis Mayfield to help complete the picture.

Greenleaf’s guest pickers operate in their particular areas of strength, and Greenleaf stays right with them – not jumping from style to style but exploring all angles of her music without losing her singular identity.