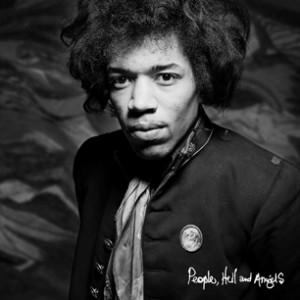 A collection of 12 previously unreleased recordings by Jimi Hendrix is set for release March 5. People, Hell and Angels follows Hendrix in 1968 and 1969 as he worked on material apart from the Jimi Hendrix Experience and suggests new, experimental directions. The guitarist was considering its sounds for First Rays of the New Rising Sun, the planned double-album followup to Electric Ladyland. Hendrix toys with horns, keyboards, percussion and a second guitar, exploring fresh diversions from his guitar work.