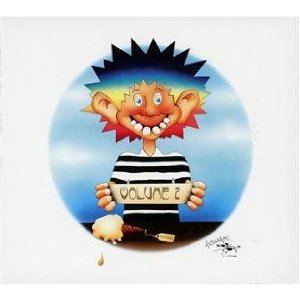 The triple-LP Europe ’72 is a highlight in the Dead’s extensive live catalog, and 40 years later Rhino is presenting a companion set of unreleased material for those who just can’t get enough. (For the truly obsessed, however, the label also just issued a massive, 73-CD set of the entire European tour.) Included here are tracks from the UK, Denmark, France, Germany, and even tiny Luxembourg. Jerry Garcia is in ﬁne form throughout, leading the ensemble with near-endless solos, but also conjuring up excellent interplay with rhythm man Bob Weir and bassist Phil Lesh, himself a terriﬁc improviser. Also featured on this tour was their new keyboardist Keith Godchaux, who until his untimely death in 1979, would add inspiring piano work to the band during what many consider their peak years.

The two-disc Vol. 2 contains two hours of classic Dead from that fabled spring 1972 jaunt, including an hourlong jamathon on the classics “Dark Star” and “The Other One.” Depending on your level of Deadhead-ness, this is either agony or ecstasy, but for many this is epic stuff. It’s also an in-depth look at the improvisational yet cohesive mindset of the band, the music ranging from intricate jams to wacky noodling, and every color of improv in between.

Lest you think Vol. 2 is all free-form exploration, the set also includes many of their beloved toe-tappers, including “Bertha,” “Deal,” “Playing In The Band,” and “Goin’ Down The Road Feeling Bad.” Certainly, it wouldn’t be a Grateful Dead concert album without Garcia singing his personal anthem, “Sugaree,” a ballad the band performed live over 350 times. While One From The Vault and Live Dead are the group’s quintessential live albums, this set was painstakingly remixed in High Deﬁnition Compatible Digital (by Grammy-winning engineer David Glasser), and it shows. It’s a ﬁne addition to their concert canon, brimming with trippy fretboard work from Garcia, Weir, and Lesh.