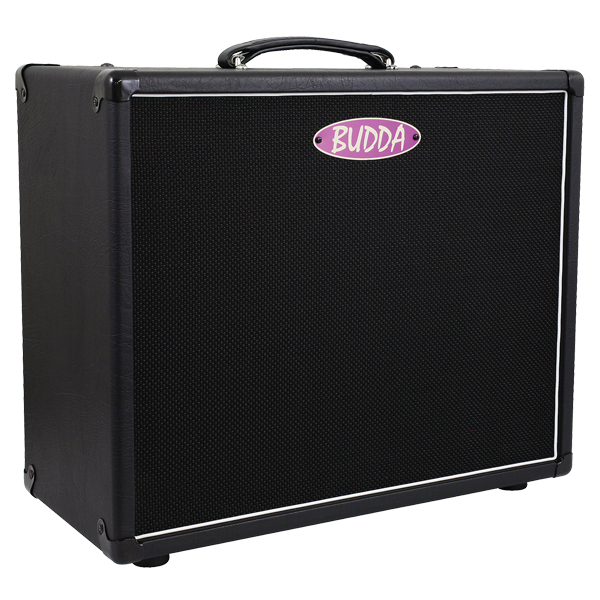 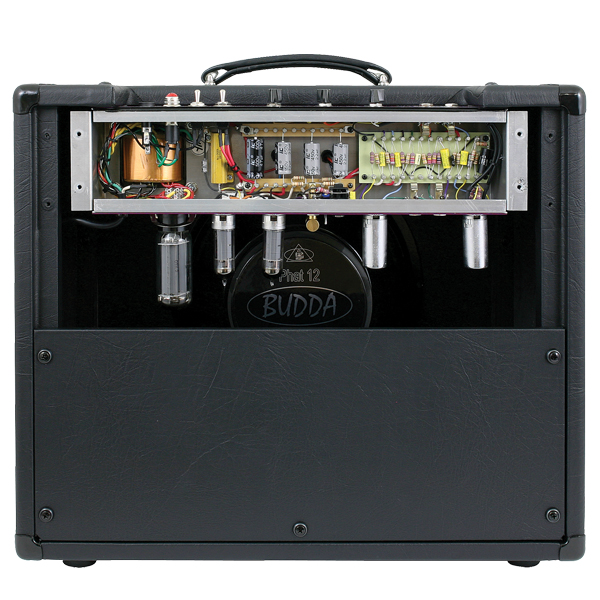 In the early days of boutique-amp building, there were but a few contenders on the scene. One of the strongest amplifiers in those days was made by Budda. First released in 1995, the company’s Twinmaster presented 18 watts of raw tone that made it a no-brainer buy for many, and it soon found its way into clubs, arenas, and recording studios. In the years to follow, the market was flooded with boutique combos, still, early Buddas retain a cache. After leaving the market for awhile, it recently returned. Yet, as with all reissues, the primary question is, “How does it stack up to the original?”

The Twinmaster is refreshingly simple and easy to use. It has twin inputs, one for normal gain, and a second with an extra gain stage. Handily, the amp is wired so that the user can use an A/B switch to switch between the two sides, creating a pseudo channel-switching setup. Topside, there are controls for volume, treble, and bass, along with on/off and standby switches. On its underside are jacks for a passive effects loop, speaker output, slave output, and an impedance selector switch for 8- or 4-ohms. The slave out is identical to the speaker out, except it’s padded and EQ’d to be line-level friendly. This feature is good for recording direct with an amped tone or plugging into effects and a stereo power amp for a wet/dry/wet rig. Also underside are the tube complement – two 12AX7s in the preamp, two EL-84s, and a 5U4 rectifier. The speaker is a Budda Phat 12, while the black-vinyl-covered cab is made from pine. The

Twinmaster is also a gig-friendly 42 pounds, thanks to an aluminum chassis that, we should add, is handwired in the U.S.A. Visually, the Twinmaster is also a fine-looking amp, with clean, top-mounted controls, and only a tasteful “Budda” logo on the front of the speaker grill.

For our tests we used a Gibson ’59 Les Paul Historic reissue, and a Stratocaster. Plugging the Strat into the Twinmaster’s normal-gain input, we dialed in a robust clean tone. The amp’s midrange push gave our Strat a certain weightiness that gave its normally weak bridge pickup some added heft. To boot, even single notes from the Strat seemed to carry more authority. Turning the tone controls provided interesting tonal development, but always with its midrange thrust – a Twinmaster trademark.

Turning up the Volume knob makes the amp louder without adding much hair until it passes the halfway point. For more oomph, shifting to the high-gain input makes single-coils bark with the Volume control barely turned up. With its added gain stage, this input is a high-gain beast, even with the mild 6k-output pickups in our test Strat.

A Les Paul into the high-gain input takes you straight to Rock City, creating creamy, robust distorted tones that clean up nicely for chunky rhythm riffs (by dialing it down to about 7 on the guitar’s Volume knob). Switching back to the low-gain input cleans things up, but the Twinmaster could never be considered a clean machine when using a humbucker-equipped guitar like the ’59. The amp is very pedal-friendly, as well. While some amps’ input stages will cringe at boosts, and various gain pedals, the Budda’s handled them all.

How does the new Twinmaster compare to the original Budda? Quite well, actually. Kudos to the company for not reinventing the wheel and staying close to the original amp produced 16 years ago. Furthermore, it doesn’t try to sound like a Vox or a blackface Fender; it sounds like a Budda, and that’s a significant victory right there. The Twinmaster has always had its own sound, due to its fatness and pleasant midrange emphasis, and this speaks to both the circuit design and a well-chosen speaker. It’s a very solid amp, both in construction and tone, and excels as a grab-and-go amp for club gigs or rehearsals. If you’re in the market for a new combo with a tone that is “phat” and soulful, the Budda Twinmaster fits the bill.