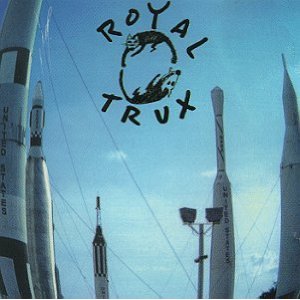 Royal Trux took the Velvet Underground’s “Heroin” and made a career of it. The band was founded after the implosion of Washington, D.C. punkers Pussy Galore by guitarist Neil Hagerty and girlfriend Jennifer Herrema, who relocated to New York City. They named their combo after their skateboard’s “trucks,” and crafted a dark, lo-fi, underground sound informed by both the VU’s song and its inspirational drug.

Drag City has now reissued the band’s eponymous debut album from 1988 and the more reﬁned Cats and Dogs, from ’93.

Listening to them again after all these years, the albums don’t sound dated – but that’s probably because they never were really part of a genre. Hagerty and Herrema’s sound was like a long rock-and-roll scream. The guitars roil through back and foreground, interwoven with the duo’s vocals. It was all a fascinating, if sometimes painful, experiment.