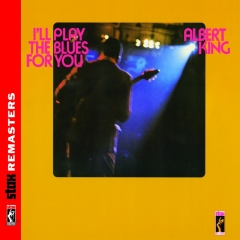 Concord Music Group will re-release Albert King’s I’ll Play the Blues for You as part of its Stax Remasters series on May 22. Recorded in Memphis in 1972 and released in the fall of that same year, the eight-track album dented Billboard’s pop album survey at #140. In addition to the LP’s eight tracks, I’ll Play the Blues for You includes four previously unreleased titles — two of which are alternate takes of songs in the main sequence. The re-relsease is enhanced by 24-bit remastering by Joe Tarantino and includes newly written liner notes by music journalist and roots music historian Bill Dahl.

Pacific Transformer Team Up With Guitar Amplifier Icon to Create a...