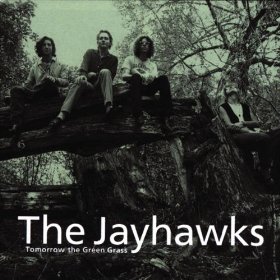 Minneapolis’ Jayhawks always had more in common with their compatriots the Replacements and Prince than may have been apparent at ﬁrst blush. The ’Hawks too had a magical way with a melody, crafting glorious hooks that made them stand out as forerunners, bringing a pop sensibility to their music – in the Jayhawks’ case, alt-country and alt-rock.

With the release of Hollywood Town Hall in 1992, the band hit all the right chords. Two years later, Tomorrow the Green Grass was their masterpiece, if not their expected commercial breakthrough.

Then, the beautiful harmonies sung by bandleaders Mark Olson and Gary Louris were silenced when Olson grew tired of the grind. The band, sans Olson, released a string of strong albums and in recent years, reunited. Now, there are promises of a new album.

The Legacy Edition of Tomorrow the Green Grass features the original recording remastered, as overseen by Louris and Olson. The two-CD set also includes ﬁve bonus tracks (non-album B-sides and previously unreleased tracks) as well as the ﬁrst ofﬁcial release of the band ’s Mystery Demos – 18 tracks cut by Olson and Louris in ’92 that served as the workbook for these two albums.

Listening to these again refreshes the memory of how good the band was in the ﬁrst place. The addition of pianist Karen Grotberg on the second album cemented the band, and brought a sense of sonic lightness. The Jayhawks’ songcraft was simple, yet stylish – much like the Replacements. And the melodic hooks were sharp and sometimes even barbed – akin to Prince.