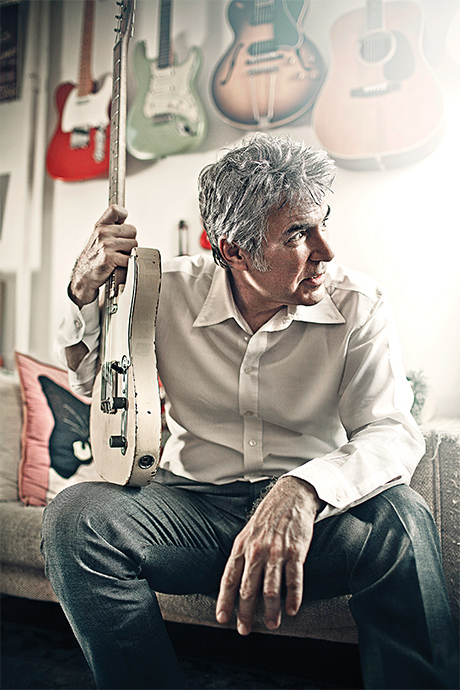 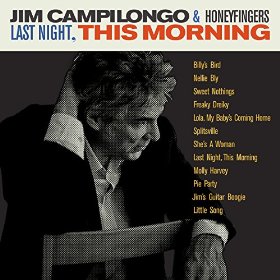 Jim Campilongo plays the kind of grownup guitar that makes the rest of us want to put aside our childish noodlings and play something with substance.

Drawing from the good stuff, Campilongo is known for crafting a pastiche of western swing, blues, country, and jazz. To be clear, he’s not some archival guitar demonstrator with a retro haircut and matching shoes. He’s a relevant forward-thinking artist in his own right. His catalogue displays a wide range of themes and moods perfectly illustrated by the sting of his Telecaster.

“Billy’s Bird” sashays with its friendly western bounce and peekaboo guitar solos. It features everything from Gypsy jazz, Nashville chicken pickin’, and virtuoso pedal steel. Perfectly harmonized lines segue into “Nellie Bly” which was originally featured on 2006’s Heaven Is Creepy. Now backed by a full ensemble and a different arrangement, this tune evokes the sensation of sitting in the back seat of a Pontiac woodie while cruising along the highway in the 1950s.

“Freaky Dreike” from 2003’s American Hips gets a fresh treatment as well with its hypnotic two-beat groove and rockabilly meets jazz Manouche flourishes. Special mention goes to Roy Williams who adds authentic flavor throughout. The juxtaposition of his Django-esque lines zipping between Campilongo’s hillbilly jazz and Jonny Lam’s luscious pedal steel makes for a succulent recipe.

“Splitsville” is classic early Campilongo from his 10 Gallon Cats period with its driving rhythms and Princeton powered double-stops. “Molly Harvey” from Live at the DuNord originally released in 2000, shows Campilongo’s plaintive side with this somber ballad, while “She’s A Woman” by the Beatles blends the sensibilities of Carl Perkins and Chet Atkins.

This is a brilliant record with magic and artistry that joins the best material from past albums, with new performances. Campilongo plays with a countrified New York drawl creating music that is familiar, yet fresh and inspiring.